“Innovate or die” is a pretty common saying when it comes to business. This couldn’t be a truer statement in the creative industry, and while we’re certainly feeling super “healthy” as a business, the status quo is boring. We like change.

That’s why we’re excited to announce some major upgrades coming to AstroLab Studios this Fall! 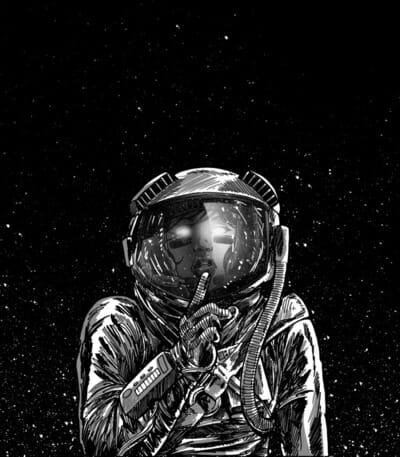 Though we spent more than we care to admit in constructing our interior studio walls and ensuring they would be soundproofed, they have proven to not hold up when the space is buzzing with activity. Approximately 99% (rough guess) of the time, this hasn’t been an issue, but the 1% of the times that it has, it’s resulted in clients needing to cut right in the middle of their shot. This is not OK.

We know that one of the major reasons our clients choose The Lab over other spaces in the city is the fact that it’s a real soundstage. As such, it’s a given to expect clean audio with no outside noise or interference, and we want to make sure we’re living up to that expectation.

That’s why we’re taking some serious measures to further soundproof the walls that separate our studios from each other. Once the new insulation and vestibules have been added, we should finally have truly soundproofed spaces. It is worth noting that outside noise from beyond our studios is not, and will never be an issue at The Lab. 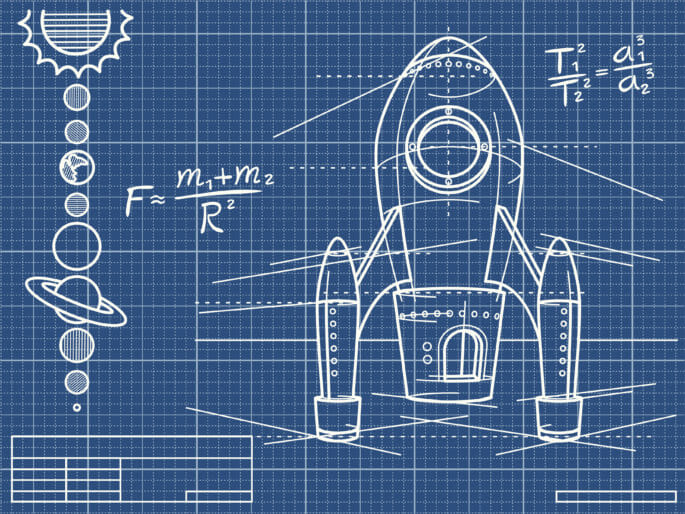 Back when we were drawing up plans for the studio layout, it seemed like a great idea to have a small room for tabletop, talking heads and other projects that don’t need a lot of space. Our baby, Studio 3, was born. The only problem is that the small space we created is really small. Once you get your gak in there, you can barely fit your humans. No Bueno.

At the same time, our middle child (Studio 2), seems to be too small for the shoots it was born to host, and the layout is a bit awkward, you’ve told us. Hey, you win some, you lose some. Learn and move on, right?

As a result of said learning, we’ll be removing the walls that separate studios 2 and 3, effectively making Studio 2 less awkward (like a teen entering their 20s), and a whole heck of a lot more useful. We’ll also be adding another cove (woah, double cove. What does it mean?). Just think of the possibilities. 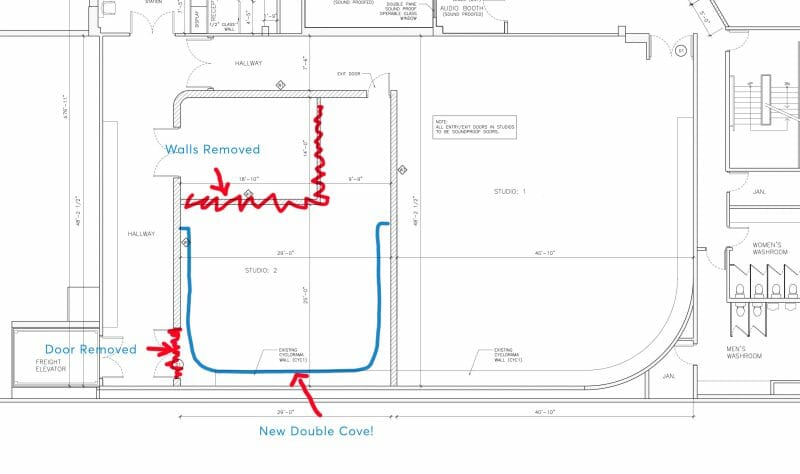 This also, of course, means we’ll be getting rid of our little baby. Cue the oboe. On a much brighter note, you’ll have way more space to play and make fun stuff. Yay!

Studio 3 was originally meant as an option for projects with lower budgets (like Instagram content shoots), so some of you might be thinking “hey, what about me and my Instagram shoots?!” Have no fear. While Studio 2 will be much bigger, we will eagerly work with you to make sure you can still afford to shoot at The Lab. No job is too small.

These first two changes will be completed between September 1-16! Note, we will be closed during this time so that the work can be done quickly and in one go. Like a Band-Aid: right off! 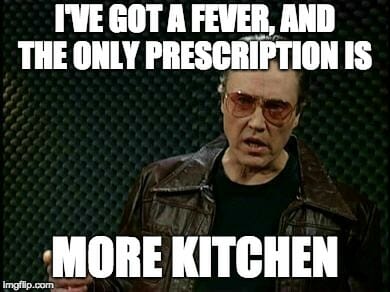 Our space is quite spread out and has been called a “maze” on more occasions than we care to admit. To help reduce the labyrinth-ness of the space, while providing a more comfortable environment for everyone, we’ll be adding a kitchenette on the west side of our floor (in close proximity to Studio 2). Once complete, each studio will have its own kitchen and lounge area. Huzzah!

Exact timing is to be determined, but we are pushing to have this done by the end of the year, or in January 2019.

What other changes would you like to see at The Lab? Let us know via email here! We’re always looking to improve and give you more reasons to choose us for all of your studio productions.