5’7 films’ Co-founders Adam Rodness and Stu Stone – who both have impressive resumes as actors, producers and directors individually – are a force to be reckoned with together.

Since forming their production company in 2015, they have already developed, produced and released two feature length docs, two horror features, and most recently a magic series for CBC Kids: The Thrillusionists. Their work has been (and is currently being) distributed on CBC, The Super Channel, The Biography Channel and at fests and on big screens across the world.

The duo has also been all over the media, including interviews with e-Talk, CP24 and The CBC. Suffice to say, they are a production company to watch. We’ve had the pleasure of hosting several of their productions in our studios, including shoots for the title sequences for their doc “Jack of All Trades” and series The Thrillusionists, as well as all of the original music composition for both projects in our audio suite. They also shot an entire episode of the series here at The Lab, which you can watch below.

We had a chance to catch up with the boys to learn more about what’s ahead for them, get insights into the production of their latest project, and more.

Read on for the full interview!

BTS from The Thrillusionists shoot at The Lab: 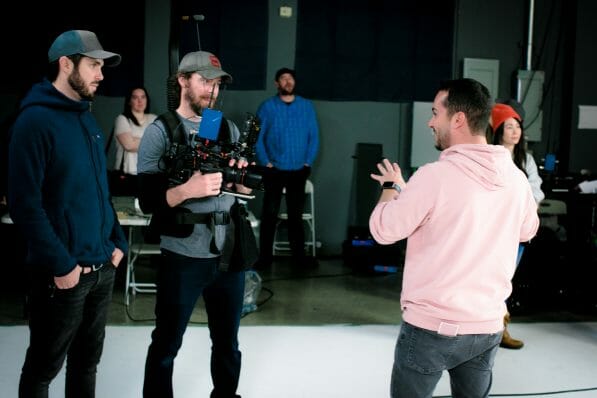 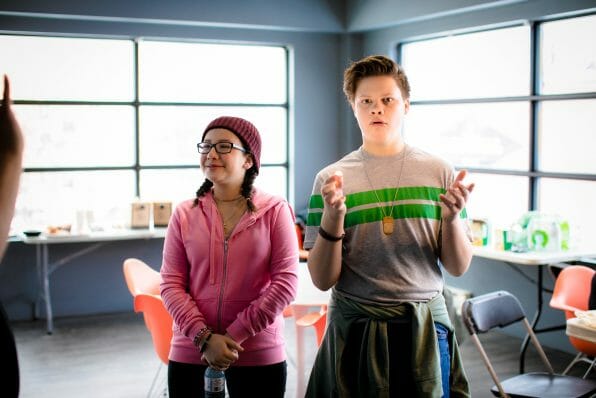 The Thrillusionists spend the day at Astro Lab Studios with popular recording artists; Aja9 and Moonjali. Will their magic be a smash hit? Tune in and watch us take over the music world! Subscribe to CBC Kids for new videos EVERY day!

Us: 5’7 has been crushing it in the past year, with two feature length horrors, a feature doc, and now the Thrillusionists series. What’s next for you guys?

5’7: It’s funny, because the two genres that seem to be the most saleable couldn’t be more of polar opposites of each other. The horror genre speaks to every audience. Watching someone getting their mouth sewn shut will translate the same way in Canada as it does it Bangladesh. Horror is the universal language. Kids/family is also a wide spread genre, but even more difficult to produce (that’s a whole other interview). Coming up for 2018/2019 we have a new kids feature in the works as well as multiple development deals for series in the thriller/horror space. Another documentary could be happening pretty soon as well!

Us: There’s a saying in the industry that children and animals are tough to work with. Your cast was comprised of three teens. So, does the saying hold water, in your experience?

5’7: Yes that saying is true for most. BUT- The Thrillusionists was somewhat of a magical experience in itself. We were lucky enough to cast three incredible kids, Joey, Maya and Brad who exceeded our expectations every day filming. Heck, they were almost more professional than the rest of us 😉

Us: How is shooting a magic show different from some of the other projects you guys have created?

5’7: Every project has its challenges. However, with “regular” productions, you usually have a script to follow. There are lines and even special effects. With magic, all you have is timing. It was crucial for the production to film the illusions in one take with real spectators, otherwise it would seem we did “special edits” to fool the viewers at home.

Us: What was the biggest challenge you faced in producing the series?

5’7: TIME. It’s always about time. And every producer would wish he or she could have more of it. Everything had to be done on an “express level”. But we had the best crew and talent we could ask for to band together to deliver a product we are all very proud of.

Us: You guys visit some pretty cool locations in the series (ACC, Ripley’s Aquarium, among others). How did you go about approaching and securing these coveted locations? Any advice that others could apply?

5’7: Cold calls, truthfully. We created a wish list and actually got every one we wanted. It’s always important to have a solid pitch to potential clients and partners. And always give them the truth. No point in trying to sell something you can’t deliver. Think big, no matter what budget you have, because anything is always possible.

Us: Where can people find the series online? On TV?

Us: 5’7 has shot at AstroLab on several occasions, including one episode and the title sequence for The Thrillusionists. What keeps you coming back?

5’7: Astrolab is a 5 star studio fit for any type of production. Whether we are shooting a music video, doing post production, or making a movie, we always get treated the same way. I highly recommend a tour of the studios. Adam and his team are always willing to work with budget constraints to make sure the most high quality product is accessible.

Us: Any final words of advice for other production companies looking to follow in your footsteps?