It is with infinite excitement that we announce the addition of filmmaker and up and coming DP Alex (Alexandra) Tse to the AstroLab team! She joins us at an important time, as new ways forward are being implemented and normalized, and production is beginning to ramp back up, and will play a key role in helping ensure you have a smooth and safe journey when you book your productions at The Lab.

As part of our standard screening procedures, we ran Alex through a series of interviews to test her mental fitness and preparedness for the extremely taxing duties that lay ahead for her. 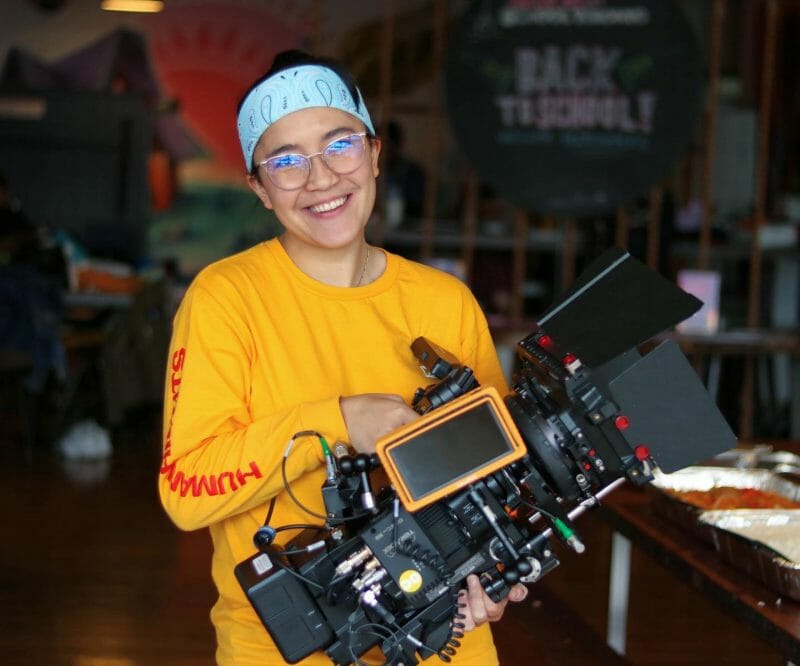 What we learned is that she’s a really super cool human, and we’re so lucky to have her on the team! Specifically, we found out that she is loyal, family focused, and if she was a colour, it would be purple, cause “It just seems like a solid, honest colour, you know?”.

She is super active in the Toronto arts scene as a DP with credits on a number of projects from shorts to series, a role on the Breakthroughs Film Fest (AKA BFF) organizing committee, and she is even developing a series about Chinese Roller Derby Leagues (apparently those are a thing, who knew!).

Alex is incredibly passionate about representation for the POC and 2SLGBTQ+ communities in film, TV and media, and her work and actions really speak to that. If she were a superhero, she’d be Hermoine Grainger, she played soccer competitively for 12 years, which we assume means she is good at soccer, and her all-time favourite film (“all-time right now,” she says) is The Farewell, directed by Lulu Wang.

Not only all of that: she also repelled 20 stories down a cave in Brazil, snorkelled at the bottom and then rock climbed back up, and her biggest fear is letting fear stop her from taking risks in life. How badass is that?!

Please join us in welcoming Alex to the team, and if you see her around the halls at The Lab, she’ll be sure to say hello (from a safe distance, of course)!

Help Us Take-Off: Spread The Word!